The Map that as Worth 23 million Tanzanian Shillings

A group of Tanzanians comes across an online publication from Agorize, prompting them to take part in the HERE Mapathon. Their mission? Creating an interactive online map using a tool that they had not heard of before; HERE XYZ Studio.

A bit more than a month later, Benedcto, Immaculata, Iddy, and Christabell, all from Tanzania, were 10,000 USD richer.

In Tanzanian shilling, that’s 23,069,540 or about 16 months of the average salary for someone living in Dar es Salaam, where the team is from.

A map to impact

Dar es Salaam is a splendid city located on the Swahili coast of Tanzania, in East Africa. It’s also a city very much affected by flooding, and this is what the team OpenMap Development Tanzania had decided to visualize for the competition: “Flooding is the major issue facing the city whereby, the local community members are affected at least twice each year during rain season leading to the destruction of infrastructure, flooding in houses, and even death! The government and other stakeholders have tried different approaches to mitigate this problem but there has been a major gap between them and the disaster responders.”

The team saw the HERE Mapathon as an opportunity not only to take part in a worldwide competition but also to get the tool they needed to have the impact they wished to have. “We have been trying for a long time to make a more dynamic interactive map and coming across HERE XYZ Studio, we were confident that it will be the platform to achieve this.”

More than 800 projects were finally received for the competition from teams coming from 96 countries. OpenMap Development Tanzania ended up in the top 10 teams worldwide.

On December 12, 2019, the finalists presented their maps during an online event hosted by HERE and Agorize. The Tanzanian team was confident, but also very impressed with the other teams’ maps.

We believed that our map, our data, our project has a lot of impact in a broader sense. We were thrilled to be one among the teams that made it to the top.OPENMAP DEVELOPMENT TANZANIA

Finally, the results are in. The team from Dar es Salaam Tanzania managed to convince the jury that their map – and the idea behind it – was worth at least 10,000 USD, the highest prize in the competition.

Their reaction upon hearing the news is worth watching.

After a roller coaster competition, what’s next for OpenMap Development Tanzania?

We want this competition to lead to real-world application in terms of flood response. The prize money also plays a very big role especially in running the operations of our organization. We usually have student interns and volunteers who want to learn more about GIS (Geographic Information System), and with this prize money, we can even give some stipends to the students coming in. We also usually volunteer to provide GIS training to community members, students, and other stakeholders, therefore, with this prize money we can be sure to reach a bigger audience and now we have a new tool/platform that we can train people on.

This Interview is conducted by Joyce McLean with: 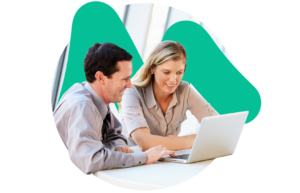 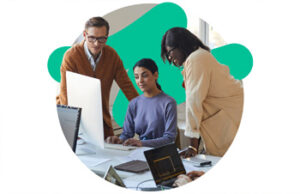 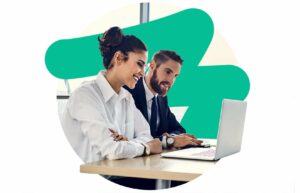