The Challenges of Collaboration Between Startups and Big Companies

Jean-Baptiste Bouché, the author of this article, is the Agorize community’s most capped veteran. In two years, he has participated in 21 open innovation challenges and reached the podium 11 times – including the five top spots. In September 2016, he launched his collaborative tourism startup, Welcomer.

Partnerships between businesses (from mid-sized to big companies) and startups are becoming increasingly common and sought after. It is typical to come across them every day on LinkedIn and in specialist media. These partnerships take a range of forms, including investment, incubation, and contracts.

The aim? For the company, it’s a way of staying ahead of the game by accelerating its innovation and ‘digital transformation’. For the startup, it’s a way of gaining access to more resources and funding, and becoming part of a stable structure.

I founded my own startup in late summer 2016, and we were linked to companies in a way from the get go. Our concept won a European hackathon organized by Agorize, and was sponsored by a range of companies, some of which worked in the digital sector.

So the question of potential partnerships was raised very early on for us, despite the fact that we were operating in a very specific field (collaborative tourism). This is my story.

That’s why all startups need to strive to exist in their own right before looking for partnerships. But let’s get back to basics. What is a company? Aren’t companies just a type of startup?

A simple Google search for the definition of a company is: “an organizational entity involved in the provision of goods and services to consumers.”

And for startups: “a newly emerged, fast-growing business that aims to meet a marketplace need by developing or offering an innovative product, process or service.”

The differences are clear – a company has a business model and an identified market. It is organized (and potentially has slow growth) and it is sustainable.

A startup is a spark – if it doesn’t find its fuel (the market) and how to consume it (the business model), it’s doomed to fail.

But let’s take a look at three fundamental differences: risks, momentum and market.

A company identifies and manages every detail of its risk – and this is essential to ensure its stability.

And for startups? Here’s what Eric Ries, the author of the best-selling book The Lean Startup, has to say: “A startup is a human institution designed to deliver a new product or service under conditions of extreme uncertainty.”

Startups are built to work in an environment of risk. Risks relating to legal aspects, risks relating to customers, quality, cash flow… As well as the fact that there are too many to manage, these risks also keep the pressure on teams to help them maintain momentum.

What is momentum? It’s a term we use (bending its original definition slightly) to describe progress over a given period. It’s an indicator that’s used in technical analyses. Essentially, it is how fast a business is growing. And it’s clear that a startup’s momentum is the polar opposite to a company’s momentum.

Companies are relatively unchanging, due to the stability they need, whereas startups are able to perform a 180° turn in a few days or weeks (it’s called a pivot). When you live in two different space-times, it’s tricky to walk hand in hand.

3. An established market or an emerging market

Startups and major companies aren’t after the same thing. In fact, they have very little in common. However, we shouldn’t exaggerate. If you’ll forgive the metaphor, startups are – in market terms – at a less advanced stage of civilization than companies.

What marked the shift from prehistory to history? The arrival of agriculture (and livestock farming) in the Fertile Crescent (modern-day Iraq/Syria). With their clearly delimited and well-identified market where consumers ‘reproduce’, companies are like livestock farmers. They might raise livestock better or quicker than the competition, but essentially, they work with familiar species.

Startups, however, are still roaming the wild lands of prehistory, hunting either a species that’s never been tamed or a new species altogether. If they succeed, then they’ve hit the jackpot. If not, they end up in the stomach of a wild animal they underestimated or they find themselves lost in the middle of nowhere.

And the differences in the two groups’ lives means that everything else is different too. But let’s not be so tribal – it’s perfectly possible for livestock farmers to get on with hunter-gatherers. The former’s resources can help out the latter in their quest.

First and foremost, a partnership between a startup and a major group is a question of mutual understanding.  After all, before it affects two legal entities, it starts by affecting people – from both the company and the startup. And like all problems where interpersonal relations play an important role, if you put the right people on the job, anything is possible. We’ve all worked at ‘traditional’ companies, and we know from experience that there are company employees who would flourish in startups. The opposite is also true – not every startupper is allergic to a hierarchical system. We startups clearly also have a lot to gain from working with big businesses.

A wealth of resources

Offices, IT facilities, unlimited coffee… All things you take for granted when you work at a company, and all things you might miss out on whilst working at a startup. The message that I’m trying to deliver is that for startups, their most pressing need is capital. One of the biggest concerns of any startup is locating enough capital to keep going until you hit profitability.

Capital is one thing big companies have by the bucketful. Companies that can make the right investments, particularly in startups, will be the ones that get ahead of the game, both in terms of innovation and of mid-and long-term growth. Capital and financial support are two key aspects of collaboration between startups and major companies.

All companies have an in-house strategy department, a marketing team, or an equivalent. While startups are generally based on intuition (hidden under objective-seeming presentations), a company vision – bigger, more comprehensive, and with a longer history in the market or the industry – adds value that can’t be ignored.  Especially when targeting a long-standing industry or a market that’s hard to penetrate because of its history.

And this is where the second major benefit of collaboration comes in – sharing data about a market or very specific market segments.

The biggest concern as a startupper is to find customers, then getting to know them, and obtaining their loyalty. The first customers are found one by one – and it’s important to meet and interview them so that the product can be constantly improved.

On the other hand, companies have a much wider base of customers and prospects, with more detailed, better-documented (and historic) information – not to mention the highly accurate data and results on how their current products and services are performing, meaning that companies can make the best decisions about the market in question.

When companies and startups are both interested in the same market, or neighboring market segments, then access to a customer base is of enormous value to startups.

Every case is unique

We don’t believe in a generic formula for a successful collaboration between companies and startups.  There are too many differences, and startups can be worried about slowing down, falling victim to bureaucracy, and being assimilated.

But what we’ve experienced personally and what we’ve seen others achieve has taught us that partnerships can be extremely beneficial for both parties – on the condition that everyone’s intentions are clear from the start. We’ve seen this in two scenarios:

In my startup, we would rather obtain organic growth by ourselves before turning – if we need to (and if the opportunity arises) – to a partner company. For us, it’s a question of timing and what stage of development we are in. We truly believe in this type of collaboration, but for everyone to benefit, the startup needs to be sufficiently developed. Hunters can learn from livestock farmers, and vice versa. But this is just our story. If you have an opinion, we want to hear it. 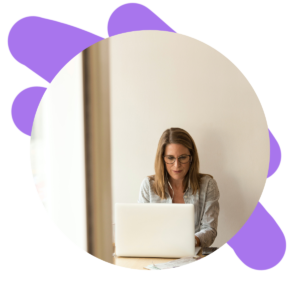 Continuous Improvement: How to succeed 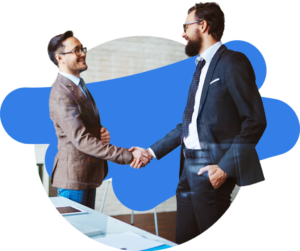 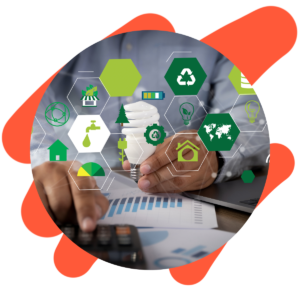 The Importance of Innovation for ESG Goals